In recent years, China’s excavator production has experienced a blowout growth, and the battle for market share has already begun. According to the excavator sales data of the China Construction Machinery Industry Association, the domestic excavator brand market share in 2019 was as high as 62.2%, while the Japanese, European, American and Korean brands were 11.7%, 15.7% and 10.4% respectively. It can be seen that due to manufacturing Due to the improvement of the level, the improvement of the after-sales service system, and the preferential sales policy, domestic brands have risen and become the choice of most users.
So what is the pattern of market share of domestic brands?
According to the statistics of the association, the market share of Sany, Xugong, Liugong, and Shandong Lingong in 2019 were 26.04%, 14.03%, 7.39%, 7.5%, and 7.15%, respectively. From the data point of view, Sany occupies a quarter of the excavator market, and sales analysis alone is undoubtedly the biggest winner in the domestic market, followed by brands such as XCMG and Liugong. From January to June 2020, Sany and XCMG are still the top two in sales of domestic excavators. It is worth mentioning that Zoomlion has also enjoyed a strong momentum of development. The sales volume in June ranked fifth among domestic brands.
Looking at the ranking of domestic excavator brands from end users 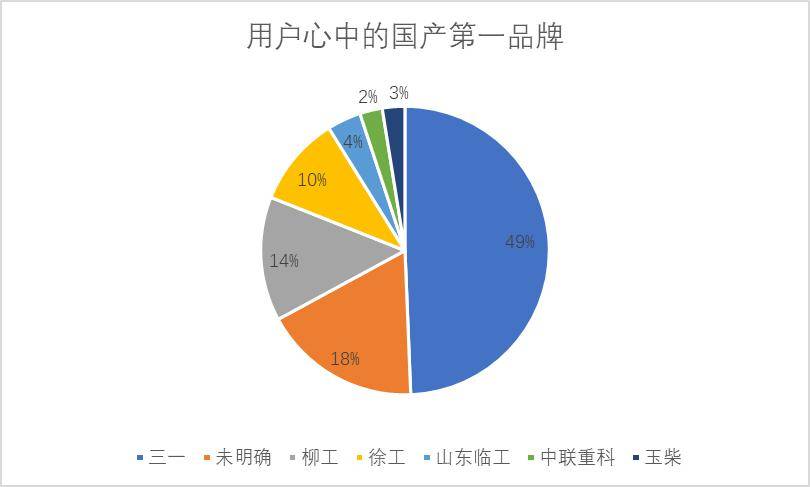 So, can the market share reflect the brand’s recognition in the minds of users? To this end, Tiejia Forum recently launched a survey of “Domestic Excavator Brand Ranking”, and nearly 100 end users participated and expressed their opinions. User survey on Forum A. The
survey results show that nearly 50% of users rank Sany as the first domestic excavator brand, which shows that its sales volume deserves its name. Sany, Liugong, Xugong, and Shandong Lingong are the top four brands with high user attention. More than 90% of users rank them in the top four, which is basically consistent with the market share data.
Considering how tonnage users pay attention to domestic brands 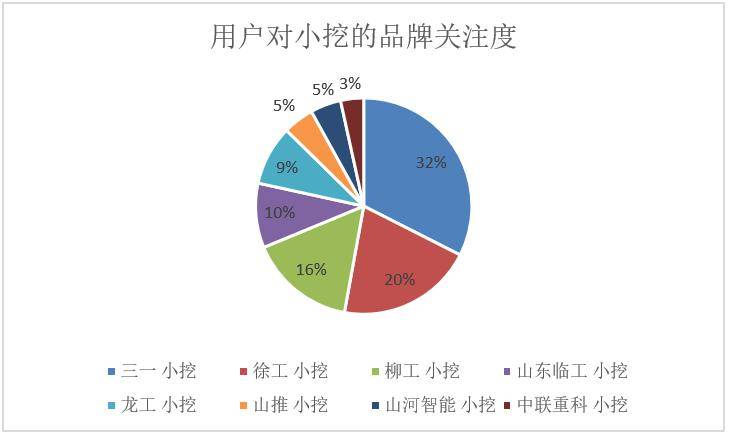 Different brands have different product advantages. Then, according to the different tonnages of small, medium, and large, how much attention do users pay to domestic brands? 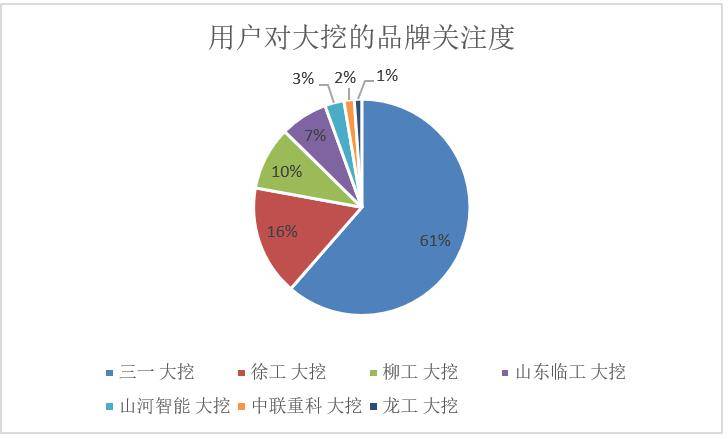 Tiejia product library data mainly comes from the number of searches made by users. It can be seen that since Sany, Xugong, Liugong, Shandong Lingong and other brands are well-known among users, users will give priority to searching for relevant equipment parameters when purchasing a new machine, and the final purchase The decision-making response is also consistent in market share:
1. Looking at the user’s attention to small, medium and large excavators respectively, SANY is in the forefront, once again confirming its domestic leading position;
2. Users’ attention to small excavators The degree of excavation is significantly higher than that of medium and large excavations. This is due to the large increase in construction requirements such as the transformation of old communities, rural revitalization strategies, land circulation and garden planting, and the advantages of small excavations, such as small and flexible, strong passability, and increased labor costs. It has also accelerated the market demand for small digging.
Looking at the changing trend of users’ attention to different tonnages from the preservation rate

The preservation rate is one of the important factors to evaluate the brand value. The user’s attention to the second mobile phone can directly reflect the brand preservation rate. We select the four domestic brands of Sany, Xugong, Liugong, and Shandong Lingong that users pay attention to. From the perspective of the second mobile phone, we look at the user’s attention to different tonnage excavators and their changing trends:
according to the data of the second mobile phone, The attention of new machines is the same, and users’ attention to small digging far exceeds that of medium digging and large digging, and it has maintained a stable pattern for the past year. From December 2019 to February 2020, due to the impact of the Chinese New Year and the suspension of the epidemic, users’ attention to excavators of various tonnages has declined. Among them, the data of small excavators has dropped significantly. Affected by the resumption of work from March to April, the attention has bottomed out. Significant rebound, a slight decline after May has become normal, and overall it is slightly higher than last year’s level.
This trend is particularly evident in the data of Sany, which is related to the large number of equipment in the market and the large absolute value of the data.